ESET discovers Kr00K: Communications of a billion+ devices were at risk

ESET researchers will present the vulnerability discovery at RSA 2020

Kr00k is a vulnerability that causes the network communication of an affected device to be encrypted with an all-zero encryption key. In a successful attack, this allows an adversary to decrypt wireless network packets.

The discovery of Kr00k follows previous ESET research into the Amazon Echo being vulnerable to KRACKs (Key Reinstallation Attacks). Kr00k is related to KRACK, but is also fundamentally different. During the investigation into KRACK, ESET researchers identified Kr00k as one of the causes behind the âreinstallationâ of an all-zero encryption key observed in tests for KRACK attacks. Subsequent to our research, most major device manufacturers have released patches.

Kr00k is particularly dangerous because it has affected over a billion Wi-Fi enabled devices â a conservative estimate.

ESET will publicly present its research into this vulnerability for the first time on February 26 at the RSA Conference 2020.

Kr00k affects all devices with Broadcom and Cypress Wi-Fi chips that remain unpatched. These are the most common Wi-Fi chips used in today's client devices. Wi-Fi access points and routers are also affected by the vulnerability, making even environments with patched client devices vulnerable. ESET tested and confirmed that among the vulnerable devices were client devices by Amazon (Echo, Kindle), Apple (iPhone, iPad, MacBook), Google (Nexus), Samsung (Galaxy), Raspberry (Pi 3) and Xiaomi (Redmi), as well as access points by Asus and Huawei.

âKr00k manifests itself after Wi-Fi disassociations â which can happen naturally, for example due to a weak Wi-Fi signal, or may be manually triggered by an attacker,â said MiloÅ¡ ÄermÃ¡k, the lead ESET researcher into the Kr00k vulnerability. If an attack is successful, several kilobytes of potentially sensitive information can be exposed. By repeatedly triggering disassociations, the attacker can capture a number of network packets with potentially sensitive data,â he adds. 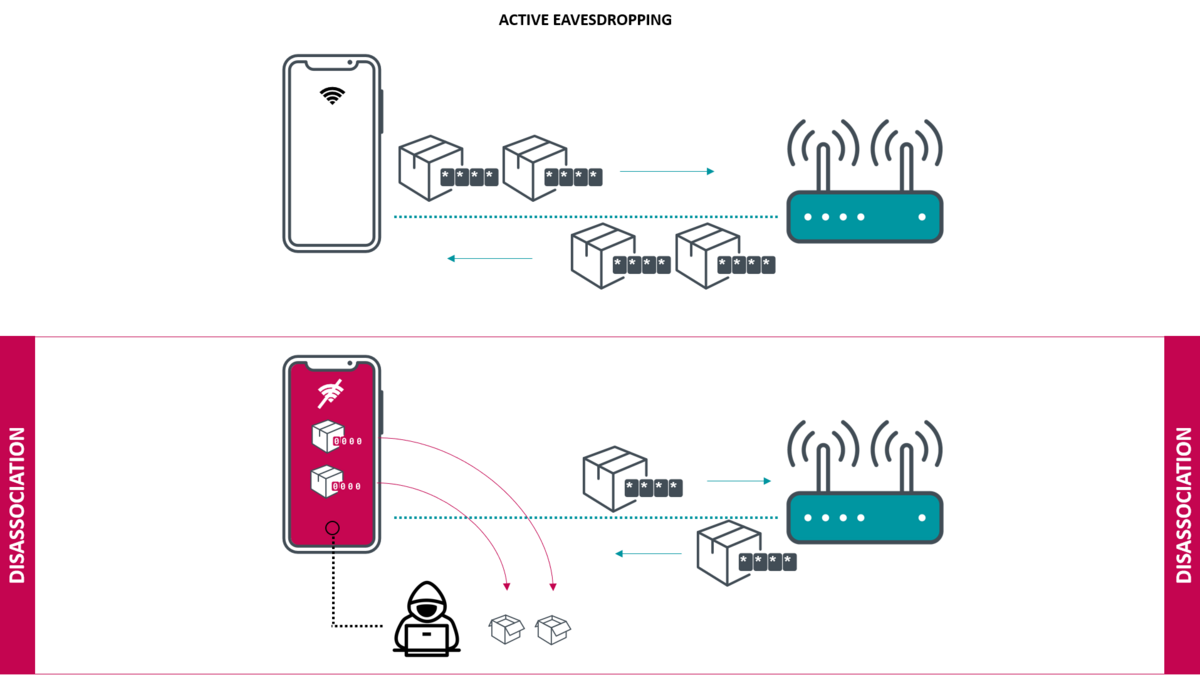 âTo protect yourself, as a user, make sure you have updated all your Wi-Fi capable devices, including phones, tablets, laptops, IoT smart devices, and Wi-Fi access points and routers, to the latest firmware version,â said Robert LipovskÃ½, an ESET researcher working with the Kr00k vulnerability research team. âOf great concern is that not only client devices, but also Wi-Fi access points and routers that have been affected by Kr00k. This greatly increases the attack surface, as an adversary can decrypt data that was transmitted by a vulnerable access point, which is often beyond your control, to your device, which doesnât have to be vulnerable.â